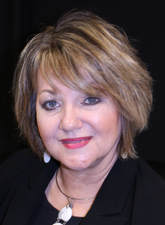 ​Kathy Lyon currently serves as Director of Music Ministries at First United Methodist Church in Monticello, Arkansas. There she leads the Chancel Choir and the Bells of Hope.  She also, on behalf of Southeast Arkansas Concert Association, directs the annual spring community theatre production at the University of Arkansas at Monticello.  In addition to Kathy’s work with FUMC Monticello, she is a Vice President with Union Bank & Trust Company, where she is a mortgage lender.  She serves on the Monticello Chamber of Commerce Executive Board of Directors and the Monticello Music Club.   Prior to coming to Monticello in 1997, Kathy served as Director of Music at Fairview United Methodist Church in Camden, AR and Director of Children’s Choirs at First United Methodist Church in Camden. While in Camden, Kathy taught elementary music in the Camden Fairview Public Schools where she initiated and directed an annual children’s dinner theatre and developed numerous select children’s choirs. Over the past 32 years, Kathy also taught Elementary Music at Jones & Gardner Elementary in Hot Springs; K-12 Choral & Band in Kingsland & Rison; Music at Rhetta Brown Elementary in El Dorado; and High School Choir at Crossett High School.