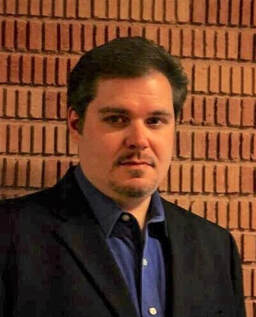 Timothy R. Tucker received his master of music degree in vocal performance from the University of North Texas and is an active performer, director and adjudicator. He has been presented in recitals, operas, oratorios and concerts across the U.S.A., including New York’s Alice Tully Hall at Lincoln Center, and in Hong Kong and Macao.
Timothy has appeared in many standards of the operatic repertoire. His operatic credits include Baron Scarpia in Tosca, Dido in Dido and Aeneas, Germont in La Traviata, Rigoletto, Figaro in Il Barbiere Di Siviglia, and many others. He has appeared with the opera companies of Amarillo, Austin, Dallas, San Francisco, Santa Fe and Shreveport as well Deep Ellum Opera, Western Opera Theatre, Wildwood Opera, Opera in the Rock, and Praeclara. Timothy is also an active concert soloist,and works he has performed in this genre include Mozart’s Requiem Mass, Coronation Mass, Solemn Vespers and the Grand Mass in c minor. He has also performed in over twenty orchestral and oratorio works.
Timothy has won many awards for singing such as the National Opera Association award and has been a regional finalist in the Metropolitan Opera Guild National Council auditions and a national semi-finalist in the Macallister Awards competition. He currently serves as Director of Music Ministries at First United Methodist Church of Hot Springs.