Join us for Festival 2022! We will have Dave Harris as our clinician.
Registration Begins on November 1, 2021
$25 per ringer $10 table rental fee for those that do not wish to bring tables.
Registration Deadline is February 25, 2022. 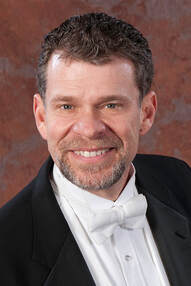 David M. Harris is in his 33rd season as the music director of The Raleigh Ringers, an internationally-recognized touring handbell ensemble based in Raleigh, NC.  David was instrumental in the formation of this auditioned choir in 1990.  Under his leadership, The Raleigh Ringers have performed in France and England; on International Television on the “Hour of Power” program; as a showcase choir for the Handbell Musicians of America National Seminar and Area Festivals; with the North Carolina and Virginia Symphony Orchestras; and as special guest performers at the Chautauqua Institution in Chautauqua, New York.  The Raleigh Ringers are in constant demand as featured guest performers for various artist series and handbell festivals around the country.

The Raleigh Ringers have premiered hundreds of handbell compositions by nationally-known handbell composers including William Payn, Hart Morris, Arnold Sherman, Karen Buckwalter, Kevin McChesney, Cathy Moklebust, Bill Griffin, and Fred Gramann.  The group has worked with Jeffers Publications to produce "The Raleigh Ringers Series", a set of handbell publications intended for advanced choirs.  To date, The Raleigh Ringers have released seven very popular CDs and two full-length DVDs.   Both DVDs have been featured in PBS Holiday specials syndicated across 250+ PBS stations and affiliates in 45 states.   The Raleigh Ringers also record demonstration music several times a year for some of the largest handbell publishers.
​
David is a graduate of The Pennsylvania State University and has studied conducting privately with Dr. William A. Payn (Bucknell University).  He has served The Handbell Musicians of America in several capacities: as All-Star Conductor, Ringing Track Conductor and Instructor for the National Seminar; as clinician for numerous Local and Area Festivals and Workshops; as North Carolina State Chairman; and as Area III Treasurer.  Because of his strong interest in the development of community handbell programs, David served as chairman for the first ever Handbell Musicians-sponsored event for community ringers entitled, “Pinnacle 2000”, held in Las Vegas.  David and The Raleigh Ringers developed and sponsor the biennual event, “Virtuoso”, a performance-focused event for advanced ringers.    In addition, David has led handbell festivals and workshops in 39 states as well as in England, Puerto Rico, Canada and the Caribbean.  He has also been the primary handbell clinician for several denominational music events, including Montreat (NC), Lake Junaluska (NC), Lutheridge (NC), Mo-Ranch (TX) and Massanetta (VA). David is also one of the co-founders of the very successful Capital Area Handbell Festival, held annually in Raleigh.  He has written several articles for Overtones, the national publication of The Handbell Musicians of America.