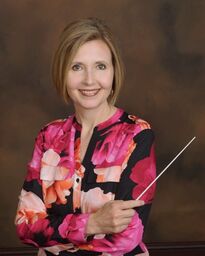 TISH KENNEDY DAVENPORT grew up playing handbells and singing in church choirs where her mother and father served together as Organist/Accompanist and Director of Music, respectively. After graduating with a Bachelor of Music from Loyola University, Tish joined the Marine Corps and served for four years as a flautist and pianist. She accepted her first music ministry job in 2007, leading handbell choirs, instrumental groups, and children and adult choirs, while pursuing a Master of Music degree and then a Ph.D. in Music Theory with a secondary focus on Choral Conducting from the University of North Texas. From 2006-2016, Tish sang in the Dallas Symphony Chorus, which also performed at Carnegie Hall and toured in Spain and France. Following the completion of her Ph.D., Tish felt a calling to full-time music ministry and is now serving as the Music Minister at Searcy First United Methodist Church in Searcy, AR where she leads an active handbell program with both children and adult groups in addition to children and adult vocal choirs.