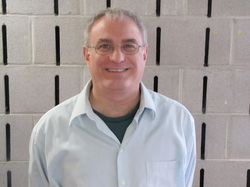 Stanley Livengood is the Music Director for First Presbyterian Church in Fort Smith, having served there since 2004.  In charge of all musical aspects in the life of the church, he leads an adult choir, a children’s choir, and a praise band, and assists with the handbell choir.  He also administers their highly regarded McDonald Music Series, which provides free music concerts for the Fort Smith community.

Originally from North Carolina, various job and educational opportunities have led Dr. Livengood to a total of eight states.  He has degrees from the University of Illinois, the University of Cincinnati College-Conservatory of Music, and the University of Oklahoma, where he earned his Doctor of Musical Arts degree in choral conducting.  He has taught music from elementary through college levels and served churches of different denominations prior to coming to Ft. Smith.

In 2006 Stan was the tenor soloist with the Fort Smith Symphony’s performance of Handel’s Messiah.  He has also led hymn festivals, adjudicated solo and ensemble festivals, founded a chamber choir, and organized and led a Community Peace Service on the 10th anniversary of the 9/11 attacks, in collaboration with two other downtown churches.  Currently he also serves on the Arkansas state board of the Handbell Ringers of America, as the Vice-President of the Arkansas Presbyterian Musicians, and on the board of the Fort Smith Chorale, where he also participates as a singer.